All the secrets of the ocean united in one skin care product to lavish skin with maximum moisture. 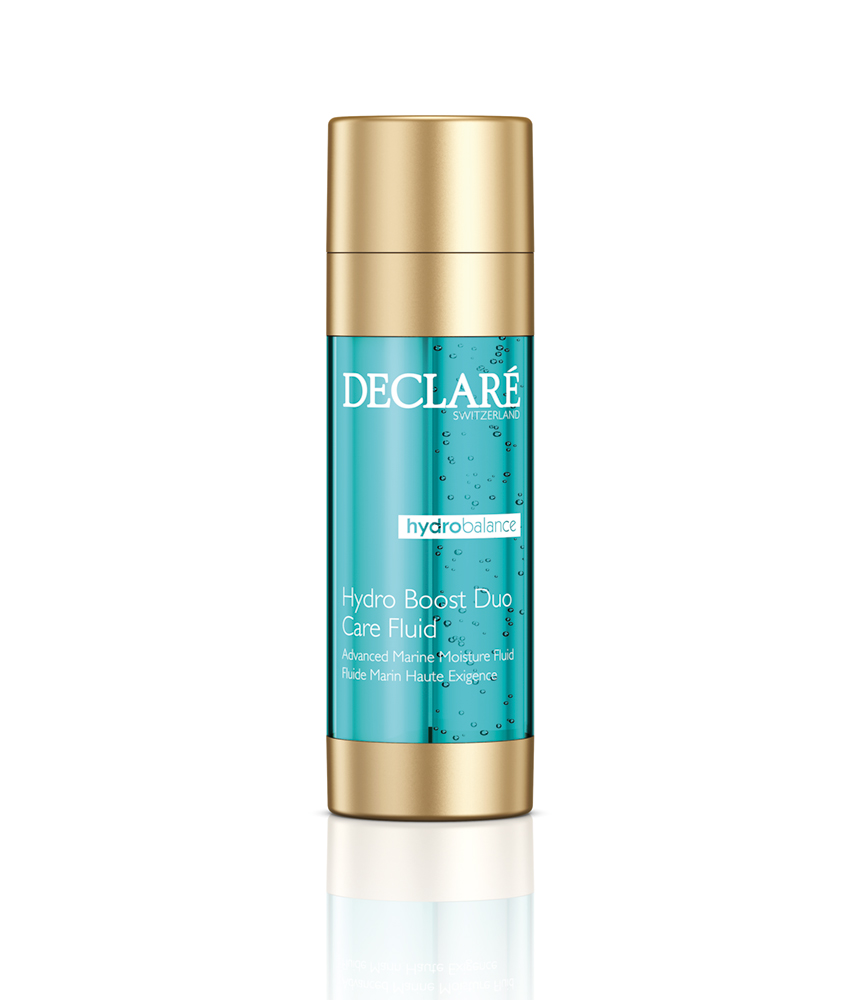 All the secrets of the ocean united in one skin care product to lavish skin with maximum moisture.

The concentrated power of the ocean is now available in a new guise, to make highly demanding skin more radiantly beautiful than ever: the two components blend in your hand. This velvety soft, nourishing ocean cocktail lavishes skin with immediate moisture, helping it to relax and regenerate. The highly effective combination of ocean minerals, trace elements, algae and seaweed extracts support cell activity and combat visible signs of stress and fatigue. With 24-hr moisturizing effect. Fine lines and wrinkles are reduced, your skin appears tauter and firmer. With Declaré SRC™ complex. For smooth, fresh skin with new radiance.

Warm the product in the palm of your hand, then apply lightly to face and neck. Massage in gently. 1x pump per application.

The alginates extracted from brown algae are used in cosmetics to improve the production of hyaluronic acid and collagen in the skin, making it appear firmer and softer. They help the skin to protect itself more effectively against external influences such as free radicals, and to optimize the regeneration phase in order to delay the aging process for as long as possible

Brown algae develops its full variety in the ocean in moderate to cold latitudes. Here, it grows on rocks or stones. When the tide is low, it sometimes even shows above the surface of the water. In some regions, it thrives to create huge underwater forests, known as kelp forests. Smaller varieties of brown algae grow on stones, snails or other larger species of algae. Brown algae is regarded as one of the healthiest foodstuffs in the world, as its anti-inflamatory potential strengthens the immune system excellently. In Asian cultures, it’s a highly popular food, and is often used for example in salads.

Forms a protective, moisturizing film over the skin, which makes skin feel pleasantly fresh all day or night long.

Red algae can be found along the North Atlantic coasts as well as the North Sea and the Baltic Sea. It is a multicellular plant which grows in a nodular manner, without staves, roots and leaves, to about 10-15cm in length. Irish moss is used both as food and as a dried herb to cure respiratory complaints.

Today, oarweed is used for the production of alginates, but is also served as a kelp vegetable, thanks to its high proportion of minerals and trace elements, most notably potassium and calcium. In cosmetics, it re-activates and stimulates cellular metabolism, and thus restores the skin-energy balance.

Oarweed is an imposing perennial seaweed with a palm-like appearance. It belongs to the brown algae family, and forms extensive kelp forests along the coasts of the North Atlantic. More moderate amounts can also be found in the North Sea and the Baltic Sea. The stalks are flat, flexible and smooth, allowing them to anchor themselves to rocky surfaces. It can grow to a length of 20-40cms, with the stalks achieving a diameter of around 2cms. Its growth is also subject to the seasons, with old leaves being cast off and new leaves forming as the days grow longer in spring. 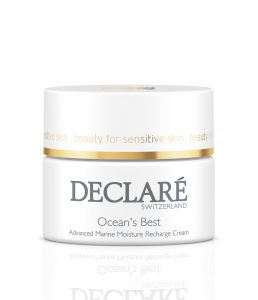 For the beauty of demanding skin.